Paul Newman’s Rolex Daytona is now the most expensive wristwatch ever sold at the auction house. The watch fetched $17.8 million at Phillips Auction House, last Thursday night in New York. The winning bid is definitely a world record. So, the buzz when the news broke that Newman’s own Rolex Daytona was going to be auctioned, the stories spread far and wide. 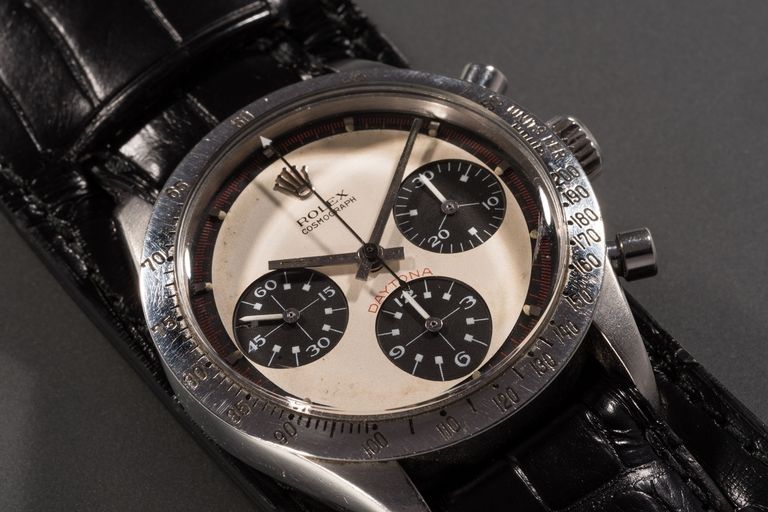 The buzz created by the wristwatch is without merit for the watch set a new world record. The stainless-steel Daytona Rolex was the main attraction, the star of a 50-lot evening sale, Winning Icons- Legendary Watches of the 20th Century,” at the esteemed Phillips auction house. Before the auction, the wristwatch was estimated at more than $1 million. In an instant, the timepiece was sold for a whopping $17,752,500.

The bidding war for the infamous wristwatch lasted 12 minutes, with Newman’s former property going to an anonymous phone bidder that wants to remain nameless, according to Phillips. The bidding war started at $1 million then immediately by $10 million offer, almost closing at $15 million, but the final showdown between two bidders ends up to the tune of $17.8 million. By the way, the previous record for a wristwatch belonged to a stainless-steel Patek Philippe, which was sold for $11.1 million in November 2016.

Newman’s former watch, a Rolex Cosmograph Daytona, reference #6239, made in 1968 was a gift from his wife, American actress, producer, and philanthropist Joanne Woodward. The two starred in the 1969 movie “Winning,” which started Newman’s successful racing career. The timepiece has a white dial, a red outer track, three black subdials, and an engraving on the back. The engraving was a sweet message to Newman, “DRIVE CAREFULLY ME.” For many years, the watch traveled the world with the actor appearing in promotional materials, newspapers, magazines and documentary footage wearing the wristwatch. So, the timepiece became synonymous with Hollywood legend that vintage-watch fans named the model after him.

The Paul Newman watches are among the priciest and sought after vintage-timepiece in the market. In May, an 18-karat gold Paul Newman Daytona fetched 3.7 million at Phillips in Geneva. A year before that, a stainless-steel version was sold for $2 million, even though the two watches have never been worn by the blue-eyed actor. Newman’s own Paul Newman Daytona disappeared from the limelight, the watch no longer grace’s the actor’s wrist in the ‘80s. It was discovered that the actor gave it as a gift to James Cox, a college guy who dated Newman’s daughter Nell. It was stored away in a safe box when the prices of vintage watches skyrocketed, but not before wearing it for some time. Cox sold the timepiece, partly to raise fund for the Nell Newman Foundation, where he is the treasurer. The charity supports causes including education, sustainable agriculture, and environmental awareness and protection.

Written By
admin
More from admin
Are you a fan of celebrity chef Gordon Ramsay? Do you watch...
Read More