Microsoft is buying the majority stake of Nokia’s cell phone business in a deal worth $7.17 billion. Nokia Chairman Risto Siilasmaa believes that it is the best way forward for the company and its shareholders. It will give the company the financial strength to chart a new course and compete effectively in an increasingly competitive market. The acquisition will lead to a number of Nokia executives joining Microsoft including CEO Stephen Elop who was with Microsoft till 2010 before joining Nokia and is considered a leading contender to replace outgoing CEO Steve Ballmer. Microsoft seems determined to succeed in the phone business and that’s why it has control of the business instead of relying on a partner.

Nokia makes Windows smartphones primarily under an agreement signed in February 2011. However their performance in the field has been below average as the leadership position has been occupied by Google’s Android and Apple’s iOS. Ballmer believes that by coming together of the combined team can accelerate the growth and profits for Microsoft. Nokia has proven capabilities in critical areas which will help take the combined entity forward at a faster pace. 32,00 employees from Nokia are expected to go over to Microsoft. The process of merger will take some time and is expected to be over by the end of the second quarter. This combined entity will have control over the non Windows phone business of Nokia also. 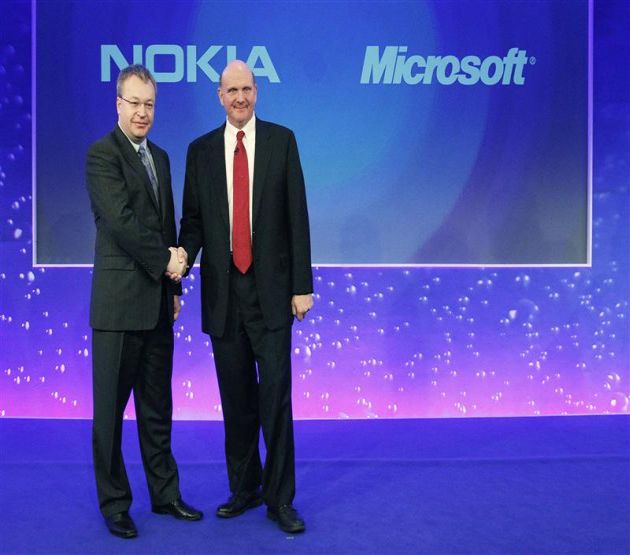 Microsoft Shares lost 6% on the Announcement of the Deal

Nokia is now expected to focus on its other business cellular networking equipment and other advanced technologies which had contributed almost 50% of revenues in 2012. At the company level this deal is of course being projected as a win-win situation but the stock market has reacted adversely to the news as Microsoft shares lost 6% or almost $15 billion in absolute terms. They consider Nokia to be an underperforming company that lost $4 billion last year. The media reports about the deal in Finland have also been negative. The citizens are proud about Nokia and are unhappy about handing over the reins to the US. However if Microsoft is able to turnaround the smartphone business we can say that all’s well that ends well.

Written By
Myra
More from Myra
A while back, Chopard had come out with an interesting concept called...
Read More