The Frauscher 1017 LIDO is the latest flagship boat from the Austrian shipyard to debut. Frauscher Boats is known for its luxury speedboats for several generations now. Founded in 1927, the company has acquired the finest skills in boat building and the third generation of the founder has proved to be equally adept with excellent craftsmanship and innovation. It goes to their credit that they are the only ones who have built a hybrid speed boat. It is so far the world’s only hybrid that boasts of zero emission when running on the electric engine. The concept is very similar to a hybrid car.

1017 GT: the European Powerboat of the Year

The Frauscher 1017 LIDO, their latest boat is an advancement on their basic Frauscher 1017 motor yacht design. The first version known as 1017 GT was launched earlier this year. It has been appreciated all over and has also received the title of ‘European Powerboat of the Year’. The design is different from what they have produced so far. At 33 feet it is the most spacious boat they have made as yet. The 1017 LIDO also has the same sense of space and feels like a special lounge. It also boasts of additional features that enhance the comfort level of the driver and his guests. It also features a bimini canopy for the forward and stern lounge areas to provide protection from excessive sunshine. 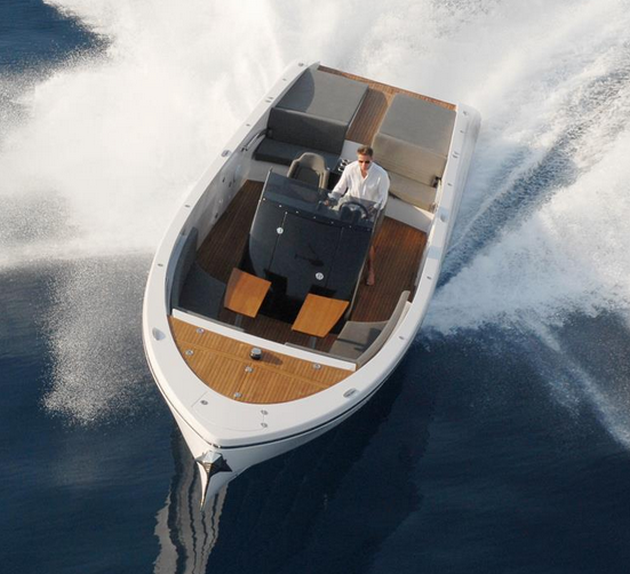 The new boat from Frauscher features two tables in the bow area. The best part is that they can be lowered when not in use to create a larger lying area. The toilet is hidden innovatively under the center console. Thomas Gerzer who has designed the boat has stressed on aesthetics. The new boat can comfortably accommodate ten people. The 9.99 meter long boat can achieve a top speed of 45 to 58 knots depending on the condition of the sea. The boat was unveiled this week at the Cannes Boat Show which is running till the 16th of September.

Written By
Myra
More from Myra
London hotels have put up a “For Sale” banner outside their spic...
Read More