We had earlier talked about the most expensive dress showcased at the Ukraine Fashion Show. It could be called the most expensive diamond dress because of the number of diamonds used to make it. With a price tag of £3.5m it was way ahead of competition as far as the title of the most expensive dress was concerned but it received mixed response from industry experts and critics. It would qualify as the most expensive cocktail dress though diamonds have been used also to create the most expensive wedding dress. The dazzling dress features 50 two carat black diamonds that makes it very expensive as well as very heavy. It weighs in at 29 lbs or about 13kg. The dress is a creation of British designer Debbie Wingham who has designed a collection of seven diamond encrusted dresses. This dress however, is the most extravagant created by her ever.

25 two carat black diamond have been used to embellish the peplum and the balance 25 pieces adorn the shoulder shrug. More diamonds have been used to embellish the detachable shoulder line. On the bustier five carats of diamonds have been used to create the centre piece. Debbie says on her website that she has used the fine beading technique and set delicate white diamonds in white gold in order to achieve individuality for the dress. The dress was first launched officially at the Billionaires’ Club in Monte Carlo along with a series of exquisite photographs of the dress shot by Josh Carroll. Subsequently the extravagantly designed dress went on a tour that culminated at the Ukraine Fashion Week. 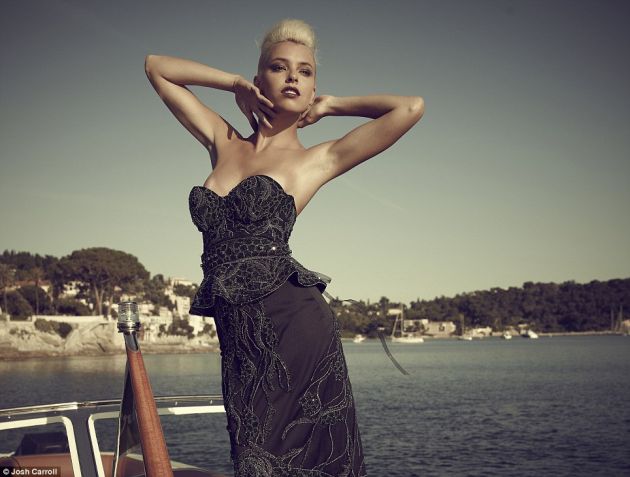 Debbie Now has a Long List of Celebrity Clients

Debbie Wingham started designing at a very early age. She did not have a formal training but learnt the craft from her mother who was a seamstress. When she started trading her dresses at Greenwich market she was only 18. She later opened her first boutique in Hoxton. Within a year she became available in London as she opened a showroom on Kings Road. Her dress was first noticed in the celebrity circle when someone wore her dress to the BAFTAs. Very soon she could boast of a long list of high profile clients that includes names like Kate Winslet, Hilary Swank, Amy Smart, Catherine Jenkins, Rebecca Ferguson, and Dita Von Teese.

Written By
Myra
More from Myra
Mr. And Mrs. Smith, the boutique travel provider has some great names...
Read More