The house of Graff is synonymous with the most fabulous jewels in the world. They represent the best quality and craftsmanship. The rare beauty and excellence it produces from rough diamonds is simply stunning. Their latest masterpiece is a swan. The ageless symbol of love, elegance, beauty and sincerity is transformed into an extraordinary and delightful jewelry timepiece by Graff. They have basically created a diamond bracelet and set a swan in the centre.

The swan which is embellished with 832 shimmering white diamond hides a watch. If you want to see the time you simply have to open the wing of the swan gently. Over 900 pieces of diamond used in the jewelry timepiece weigh in at a total of 54.7 carats. The bejeweled watch has been created in the traditional secret watch style. But the watch aspect of the piece is incidental. It is the jewelry composition that is truly breathtaking. The bracelet is designed to look like undulating waves.

The swan which is central to the piece is paved with diamonds and its wing is set with marquise-cut diamonds. Graff has come up with the best quality diamonds for the piece. It is the ultimate combination of the Swiss watch making and Graff’s mastery over gem setting. The concept of the swan hiding the watch under its wings is backed wonderfully by the inimitable jewelry design that resembles the undulating waves. It is one of those rare pieces that happen only once in a while. 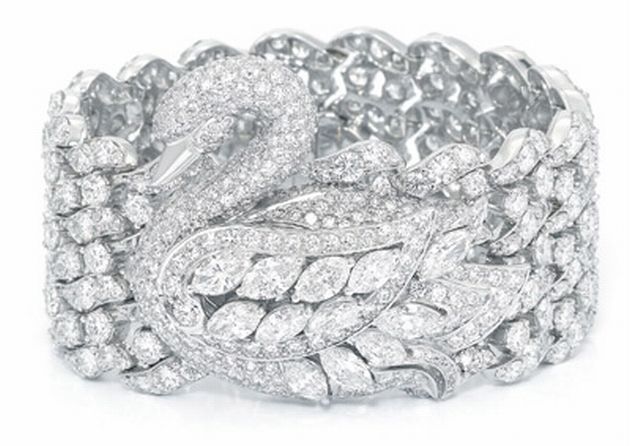 Written By
Myra
More from Myra
Do you know the difference between a used car and a “Certified...
Read More