Angelina Jolie is an iconic figure and radiates sensual elegance with a chic sense of style. She is a perfect combination of grace and passion and has fascinated her admirers around the world. Her personality is today not limited to being an actress in the film industry. She is actively involved in various artistic and charitable initiatives. She had earlier dabbled in jewelry designing collaborating with British jeweler, Asprey for snake-themed jewelry line. She is now working with Robert Procop to design a collection of jewelry with sumptuous gemstone pieces. The collaboration started in 2010 and Robert calls it nothing less than an artistic innovation. The exclusive collection is called the Style of Jolie and was first displayed at Julien’s Gallery in Beverly Hills back in April last year. Since then some other stunning pieces have been designed and added to the exclusive collection which can be seen in an exhibition to be organized in the South of France. It is going to be two month long pop up display and will give access to the gorgeous ornaments to the people of Europe.

Robert Procop started by working at a pawn shop in the Mid-City district of Los Angeles at age 16 and learnt enough about the diamond trade to open his first retail store, Diamonds on Rodeo, in Beverly Hills barely one year after he came out of college. His reputation took him to London where he worked as CEO for the crown jeweler Asprey & Garrard. He has been back in Los Angeles since 2000 and has been making exceptional jewels for A list and even A plus celebrities. Angelina admired Robert’s work and it was in August 2010 that they decided to do a collection with big jewels. She wanted the profits to help a charity and her love for children made her choose the collection fund Education Partnership for Children of Conflict, a nonprofit that helps educate children in conflict-stricken areas. The proceeds from the collection will help build a school in Afghanistan. 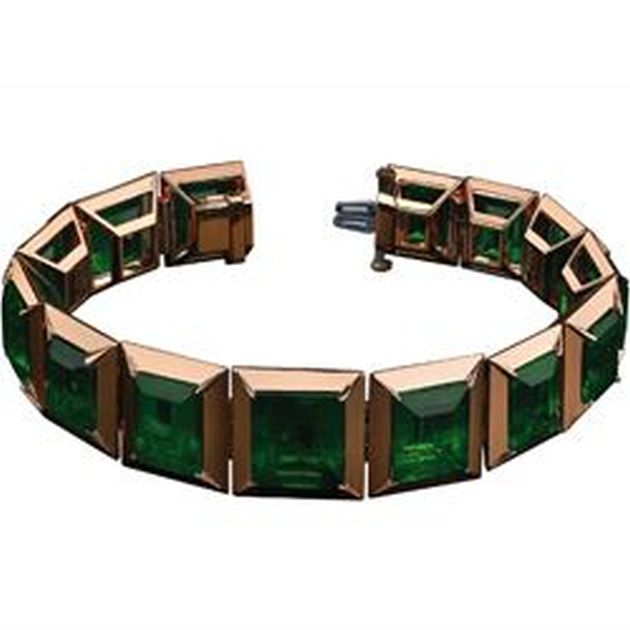 The inspiration for the collection came from ­Renaissance-era paintings of full-bodied women. Designing was a detailed process and both Angelina and Robert sat for storyboards that paired images of historical cushion-cut gems with the Renaissance paintings. Robert on his part was extra careful to project Jolie’s favorites, black, green and yellow through appropriate gemstones. His attention to detail is evident in his selection of fine quality specimens of Columbian emeralds, black spinel and honey citrine artistically set in high polished 18k rose gold. The collection has several delicately carved necklaces, bracelets and earrings that you might have seen the actress wearing for some movie premier or the other. The enhanced collection Style of Jolie will be put up on a display at Monaco’s Hotel de Paris and Grand Hotel in Cap Ferrat, between July 15 and August 15 of this year. The collaboration between Angelina Jolie and Robert Procop has been really fruitful because the collection that has been created as a result is truly stunning. Brad Pitt, Jolie’s long time partner also worked with Robert for almost a year to translate his vision into an engagement ring with a sizable diamond for Angelina Jolie. The monochromatic jewels in the Style of Jolie collection starts at $4,000 but the top end pieces like the rose gold necklace with Colombian emeralds carry a seven figure price tag.

Written By
Myra
More from Myra
The Belvedere vodka spells luxury. One of the first luxury vodka’s in...
Read More