There are an estimated 2.5 million stamp collectors in the world and the good news for them is that Britain’s Royal Mail is releasing the British Auto Legends Collection that is honoring 10 revered British automakers, including Aston Martin and Rolls-Royce. The stamps in the collection will showcase models from the 1960s and 70s which was perhaps the most happening and exciting period for the automobile industry. Philip Parker, the head of stamp strategy at the Royal Mail, UK, pointed out that the Royal Mail’s stamps celebrate the best in Britain. This exclusive collection represents the British motor industry when it was at its peak in the 1960s. 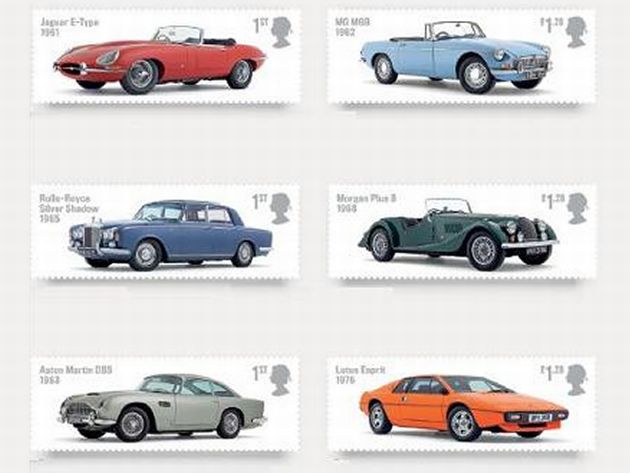 The Release Coincides With the Centenary of Aston Martin

Royal Mail has a tradition of releasing stamps that celebrate and commemorate great events and anniversaries. The cars featuring in the stamp collection have been chosen carefully. They are cars that are admired even today and can also be seen on British roads. There are no cars from the vintage era that are not remembered by the younger generation. The timing of the release of the collection is also significant as it coincides with Aston Martin’s centenary and the 150th birth anniversary of Rolls-Royce co-founder Sir Henry Royce. Richard Heseltine, the classic car expert and writer was associated as a consultant to the project who helped finalize the list of the greatest cars to feature in the collection.

James Mann Has Photographed the Cars Featuring in the Collection

James Mann, the ace British photographer was then commissioned to capture the vehicles in as pristine condition as possible. The main “Thoroughbred” stamp set features the Jaguar E-Type, Rolls Royce Silver Shadow, Aston Martin DB5, MG MGB, Morgan Plus 8 and the Lotus Esprit. The stamp designs were approved by the Queen herself before they were printed. Apart from Aston Martin and Rolls Royce who have anniversaries the E-type Jaguar was included in the collection because of its heritage and status. It is, no doubt, one of the world’s most beautiful vehicles. The Aston DB5 was chosen as it is celebrating its 50 years in 2013 and Rolls Royce’s Silver Shadow made it to the final list as it is one of their most admired and immensely successful model.

Written By
Myra
More from Myra
Neemrana Hotels co-founded by Aman Nath is in the expansion mode and...
Read More