ResInno has reinvented the piano with their one-of-a-kind modifications. Justin Elliott and Shon Craig have perfected the concept as their modifications not only enhance the look of the piano but impact the tone of the piano positively. In fact the word ResInno is a combination of the words resonate and innovation. After they are finished with a piano they simply transform it into a work of art. They have established themselves firmly as creators of luxury pianos. Their custom modifications cover practically the entire piano including its legs, pedal lyres, music racks and benches. All the customization and modification is hand crafted and all the work is done in the United States itself.

The Audible Difference in ResInno Pianos Was Measured Scientifically

Justin Elliott is the master craftsman behind the innovative designs. It has been scientifically proved that his designs result in an audible difference that can be measured. In fact after a study on the subject was conducted in 2010 a new term, the ResInno Effect was coined to describe the phenomenon. Justin uses a blend of quality and exotic woods to craft new parts for the piano that add to its beauty and elegance. It had never been attempted in the last 100 years but ResInno has done it successfully and is still continuing to work on additional designs and perfecting the sound and tone of the piano. Their first design was called Royal Ebony. It added triangular legs to the piano with natural curves matching the body of the piano. 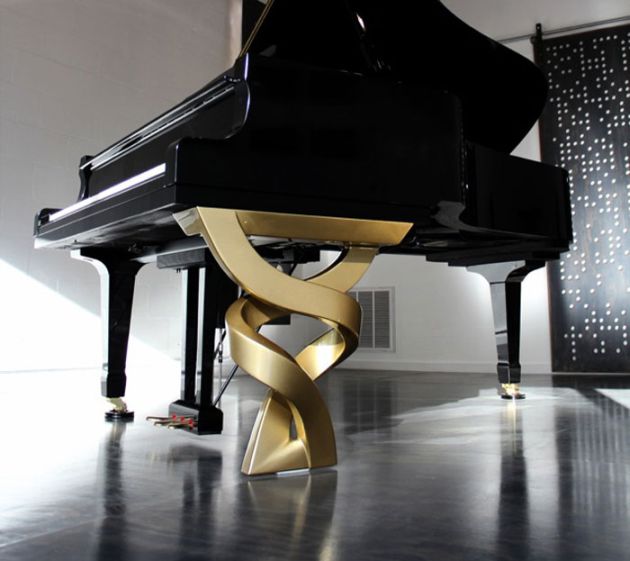 The ResInno modified pianos add grandeur to a home. It becomes the central attraction in any room where it is placed. It even encourages people to gather around and sing show tunes together. Their more contemporary design is called the Grand Rossa which has been inspired by the Ferrari’s 1957 Testa Rossa race car. It is a racy design with curved legs and a hand stitched diamond pattern similar to Ferrari on the music bench. It also comes with an improved sound that is achieved by increasing the acoustic isolation. These modifications don’t come cheap and will cost you in the range of $33,000 to $77,000 but they are sure to add style and flare to your home.

Written By
Myra
More from Myra
Whatever Hermes makes is exquisite. This time also the world famous French...
Read More