Diet Coke is reaching an important milestone and naturally it will be celebrated in fashionable style. Diet Coke with its USP of zero calories is aimed at fashion conscious consumers who are focused on maintaining a perfect body. As the brand celebrates its 30th anniversary in Europe this year they have roped in an iconic fashion designer Marc Jacobs as its creative director. The American fashion designer has been the creative director of French design house Louis Vuitton since 1997. Diet Coke has a close connect with fashion and the appointment of Marc Jacobs is the culmination of the trend of fashion designers as creative director that started in the year 2011 with Karl Lagerfeld. In 2012 it was Jean Paul Gaultier.

Marc Has Created 3 Cans, 3 Bottles and 3 Campaigns for Diet Coke

Marc Jacobs believes that glamour and sex can sell about everything. You can expect a heavy dose of both elements in the campaigns he designs for Diet Coke. According to him he has designed ‘whimsical, feminine’ packaging for the soft drink. In fact he has contributed in the creation of three cans, three bottles and three ad campaigns. Each of them relate to a recent decade in fashion; the 1980s, the 1990s and the first decade of the new century. The fashionable cans and bottles will be released in the European markets next month. Eleven countries in Europe including the U.K., France, Benelux and Iceland will receive the first batch. 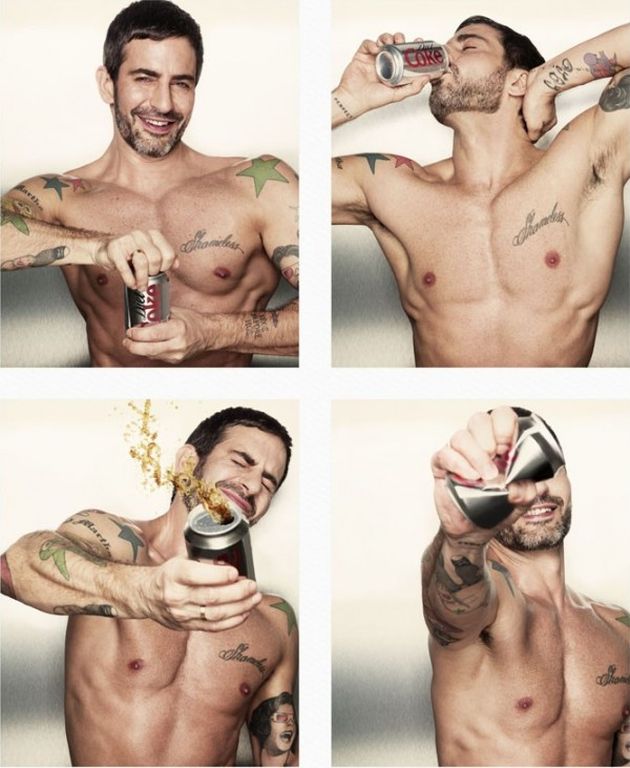 Stéphane Sednaoui Has Shot the Campaigns

The American designer has incorporated fashion illustrations and repetitive prints in his designs along with signature Jacobs motifs. He also confessed in an interview that he has also tinkered with the Diet Coke logo to make it more colorful and fun. Stéphane Sednaoui who is well known for his music videos including those made for Red Hot Chilli Peppers has shot the campaigns for print, outdoor and digital. The campaigns will be launched in March. Jacobs, himself appears alongside Latvian model Ginta Lapina in the spots, which involve large pop bottles. Jacobs will be seen in the film which uses a photo booth as its location. He almost creates a commotion by inviting three women to join him and share his Diet Coke moment. The film will be launched on You Tube and Diet Coke’s Facebook page.

Written By
Myra
More from Myra
Chefs get really motivated and inspired when preparing a Royal Dinner. FINDS,...
Read More