As summers get intense, the shipyards intensity to build amazing yachts keeps getting intense too. Here is yet another good looking, most eco-friendly super yacht for all yacht lovers. Still under construction the yacht promises that you will not have to sacrifice aesthetics in order to respect the environment.

Designed by Hydro Tec’s Sergio Cutolo the yacht is being built to RINA (Registro Italian Navale) Green Star Code, a classification identifying ships that was designed, constructed and operated in such a way as to ensure maximum respect for the environment.

Budgeted at 32.5 Euros, ‘Columbus 199′  is a 61 metres steel and aluminum yacht still under construction at Palumbo Shipyard in Naples and slated to be completed in 2012. The yacht boats of five decks, low fuel consumption, awe inspiring maneuverability and reduction draft in addition to super model looks.

Other features include four cabins on lower deck, two VIP cabins on the main deck, accommodation for 16 people, full beam master suite on upper deck along with 13 crew. Also included are a gym, spa, pool, beach club area aft of the tender garage and elevator serving four of the decks. 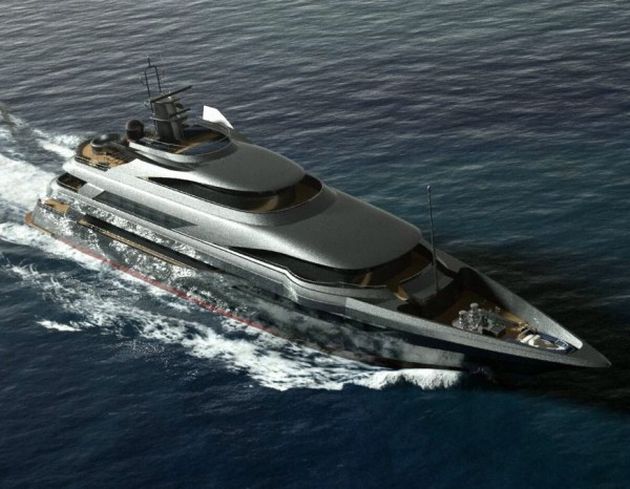