It may come as a surprise to those involved in aesthetics and refined jewellery that Indian jewels and gems would be showcased at the Baselworld 2010. What is actually shocking is that Baselworld 2010 is an event where you would get to witness some of the most chic and beautiful designs in the fields of watches, and jewellery.

With that being the case, an entire Indian Pavilion at Baselworld at Hall 6 is an interesting development. Indian gems and jewellery are either traditional or mundane, but certainly do not have the kind of finesse that one may expect at a place like Baselworld 2010. Traditional Indian jewellery is bright, non-geometrical and quite gaudy in nature.

Thus, Indian jewellery and gems could prove to be misfits at the Baselworld 2010. Gem & Jewellery Export Promotion Council (GJEPC) announced that they have handpicked 34 Indian jewellers to represent the South Asian nation, which is reeling under the effects of poverty, famine and drought.

Encouraging Indian designers to adopt International and contemporary designs in their jewellery could be a step in the right direction. For what it’s worth, Indian jewellers may benefit from witnessing the best designs from around the world. 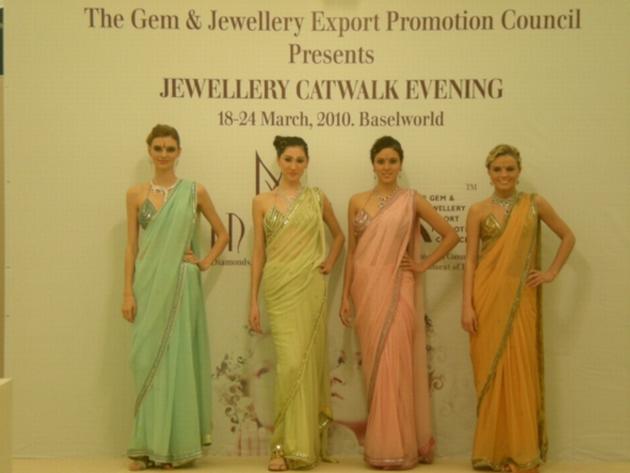