Platinum Dirt was founded by Dustin Page with a focus on creating new leather products from reclaimed leather mostly from luxury automobiles and home furnishings. One of their VIN Jacket, a new creation made out of a Cadillac upholstery and parts was on display at the craft festival Wunderfaire which was hosted by IDEO. The jacket in question is a motorcycle style jacket that is crafted out of leather from old Cadillac seats. Some other parts from the automobile has also been incorporated in the jacket. Its hood ornament has been used as a zipper pull. Its metal logo and VIN tag has also been used as adornments on the jacket.

Platinum Dirt is based in Oakland and also makes fashion accessories apart from jackets. Dustin Page, the man behind the company had conceived and designed the concept of the VIN Jacket in 2007. VIN stands for vehicle identification number and the VIN Plate from the automobile is also incorporated in the jacket made out of its reclaimed leather and other parts. Each of these jackets are hand crafted with style and precision. Other small parts and hood ornaments are also used as accents and zipper pull. It is a perfect example of upcycling. They explore junkyards and salvage yards to source their raw material. And they give a new life to the leather they reclaim mostly from the seats of junked automobiles. 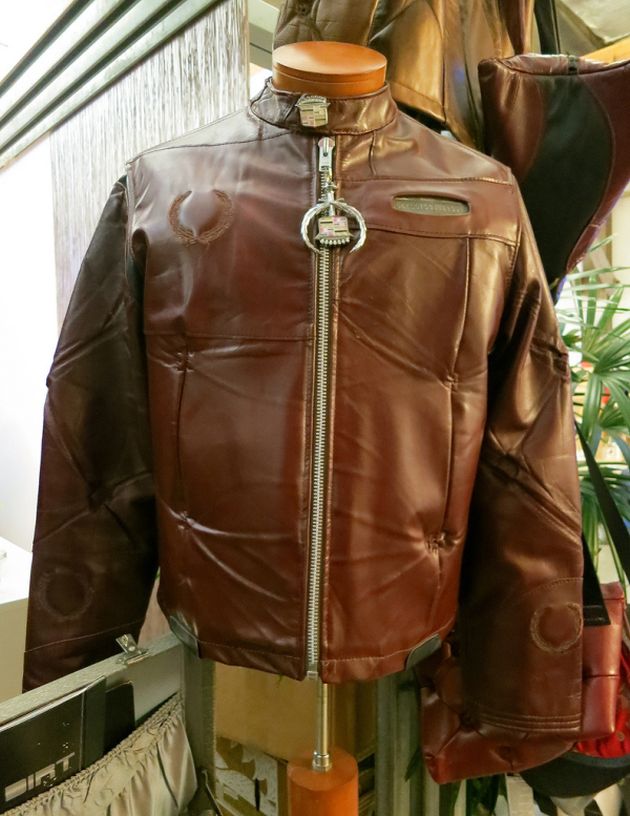 Jackets Made From Leather of Luxury Vehicles

Some of the finest fabrics and silk brocade material are used for liner and pockets. The jackets are particularly popular with automobile enthusiasts. The jacket on display at the Wunderfaire was also a commissioned work made against the order of a Cadillac fan. Similar jackets can be made with leather from Mercedes-Benz, Lincoln, BMW or Volvo vehicles. These luxury cars use the best and long lasting leather for their seats. The leather gets a new lease of life when it is upcycled by Platinum Dirt. The concept being eco-friendly has an ethical value as well. You may visit their site to place a custom order for the VIN Jacket of your choice.

Written By
Myra
More from Myra
The Four Seasons is all set to open in Denver. And how...
Read More